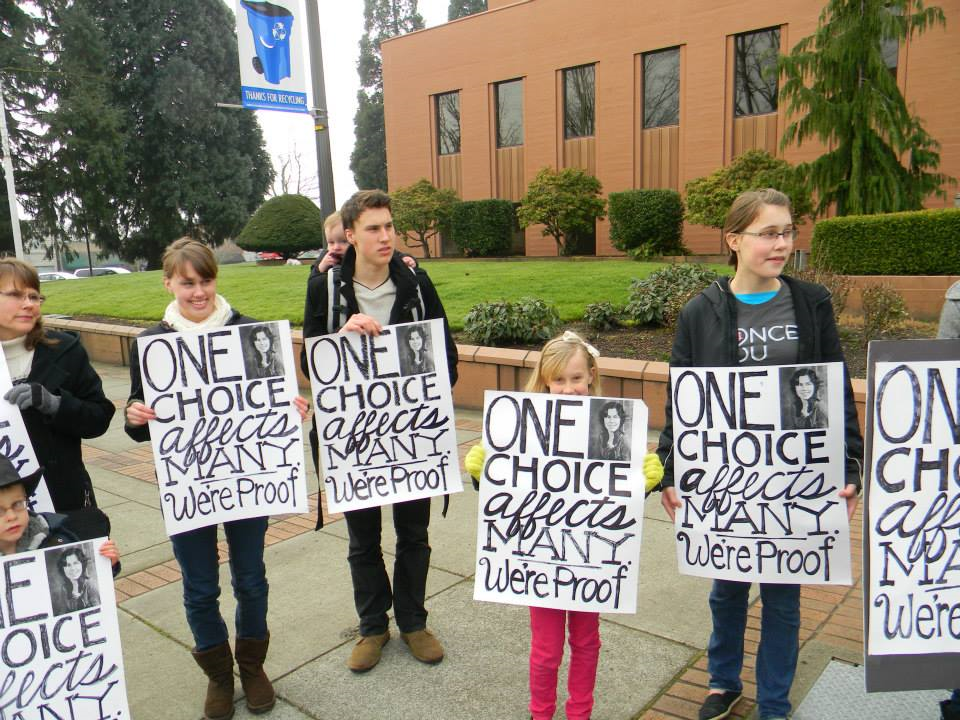 Every January we stand up in sorrow for the over 63 million human lives aborted and hearts broken since the 1973 U.S. Supreme Court Roe v Wade and Doe v Bolton. While Roe v Wade was overturned by the Supreme Court in June 2022, Washington State (among others) had a "back up state law" designed to affirm Roe's removal of legal protection for the child in the womb anytime before birth.

We gather at the Clark County Courthouse steps to pledge ourselves to build a culture of life in which abortion will first become unthinkable and then illegal.

We work to make abortion unnecessary by providing life-affirming solutions for the problems of abortion-minded women.

Don't miss the pictures of the large family each one holding an identical sign: "One choice affects many. We're proof." The picture on the sign is of their relative who refused to abort her little girl around 1950 despite her own diagnosis of cancer. This courageous and loving mother died the day after her baby girl was born...and those holding the signs are the children, grandchildren and great grandchildren of that little baby girl. Yes, one choice does affect many!